The latest changes around APL Ninja.

As in October, November is all about useful features that make an APL developer's job easier.

In a nutshell: APL developers now have the possibility to test or develop their APL document with earlier APL versions. In the editor there is a new menu item "Runtime version" in the options - see screenshot: 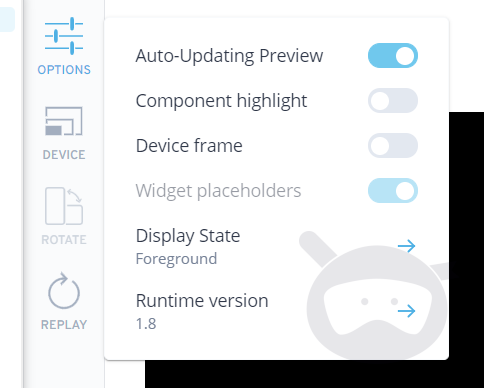 Autocomplete has been completely reworked and works more reliably even with multiple nested components. Autocompletion can be activated in the editor with the shortcut CTRL + spacebar 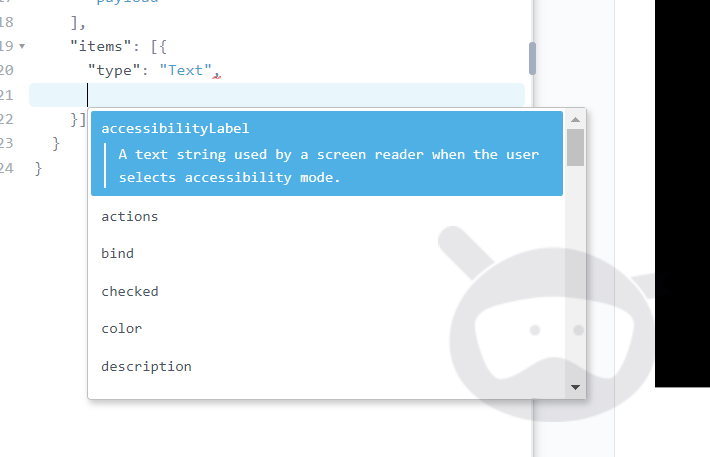 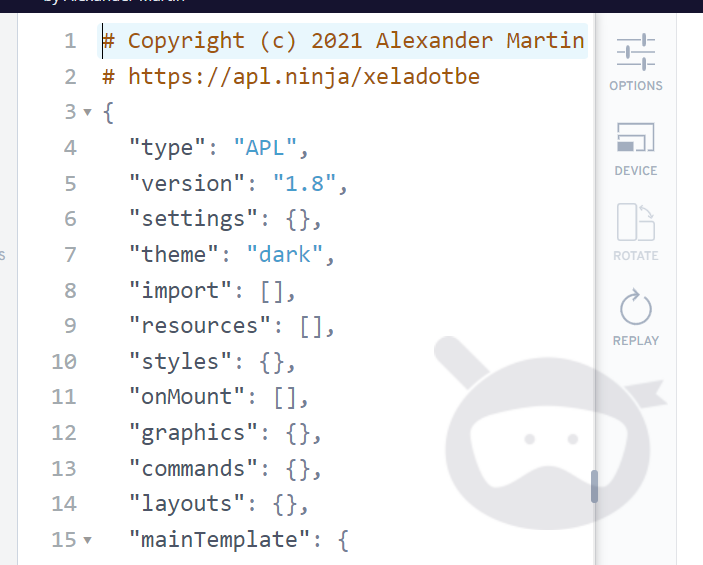 Until now, developers had no feedback when the SpeakItem command was executed in the APL document. With this update, a toast appears at the bottom right of the screen with the content that would be read out, similar to the already known SendEvent toast.

If the FPS falls below the threshold of 30 FPS for more than 5 seconds, the preview is paused. 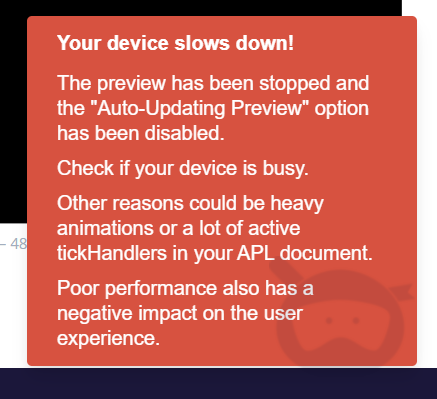 In the settings of an APL document, you can choose the default device or viewport profile that should initially be displayed for the document. This makes it super easy to share your APL document for a specific device with someone else. 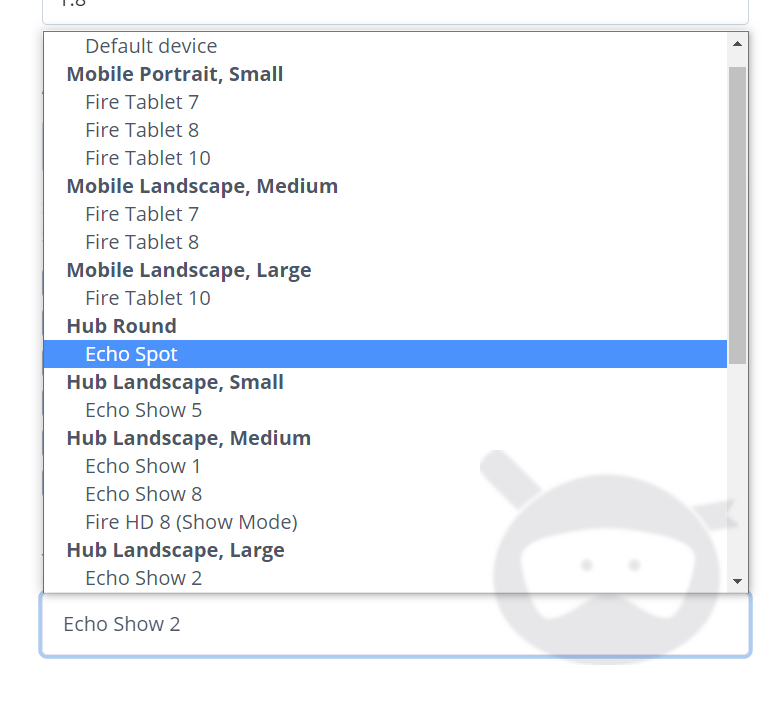 Some optimizations and bugfixes were made in the SVG to AVG converter. For example, alpha channels were not taken over properly.

All devices show placeholder widgets in addition to your own widget, with this option you can disable or enable the placeholders.

The option can only be enabled/disabled on devices that support widgets/viewport profiles. 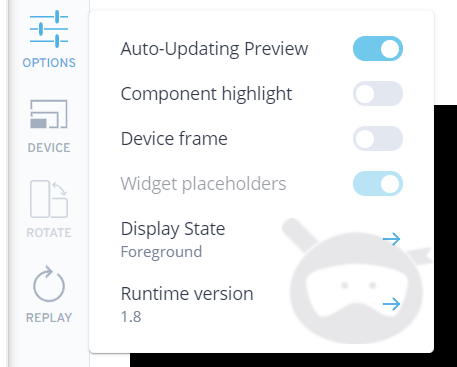 The Display state was introduced with APL 1.8 and can be set in the options to test your APL document with different states. The upper screenshot shows the "Display State" menu item.

Assets allow local files to be used temporarily in an APL document, so uploading to a server is no longer necessary. Assets can be local images, audio files, videos or APL packages that you want to include and test within an APL document easily.

Assets are only available on the current page, if the page is left or reloaded the assets are lost.

Assets can be easily dragged and dropped into the editor, an overview of all assets can be found via the icon at the bottom left of the screen "Assets". 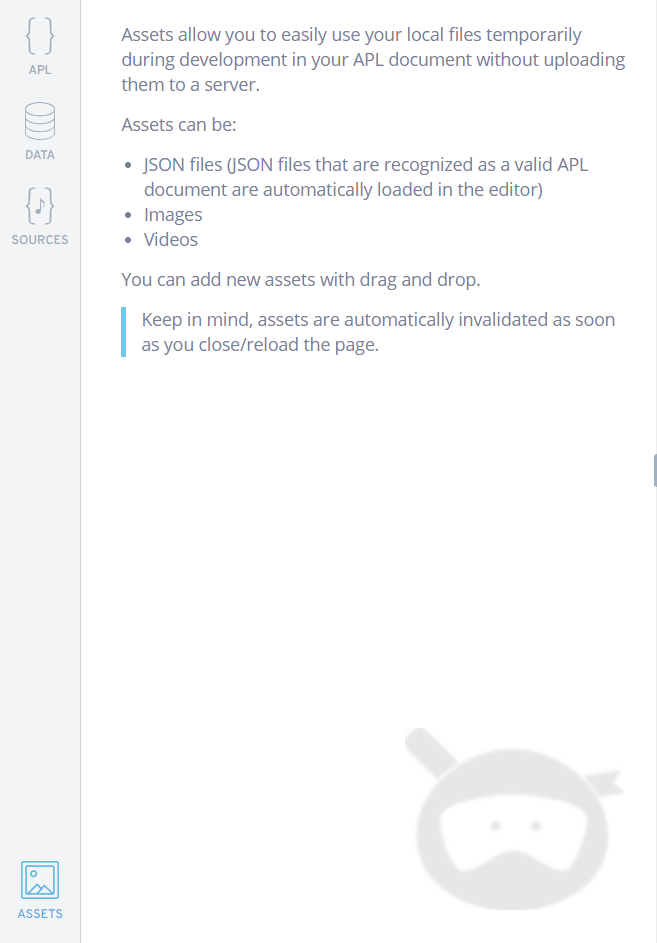 In the Assets menu an asset can be deleted and the URL or an APL snippet can be copied to the clipboard. Depending on the mimetype, an import statement, an image or video component is generated as a snippet.

Existing colors can be easily changed and adjusted via a color picker. 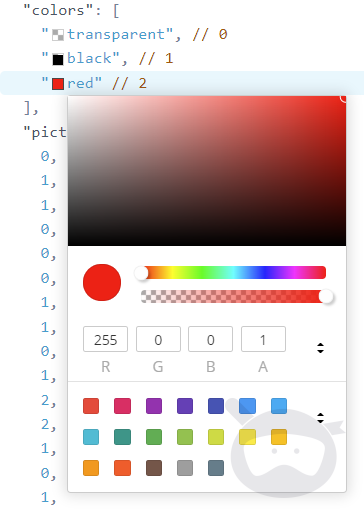 I hope you enjoy and also find these new features helpful.

Do you have a feature request? Drop a comment below! Do you like the features? Leave a ❤️.